Accessing the Attic? Stay Safe With These Storage Safety Tips 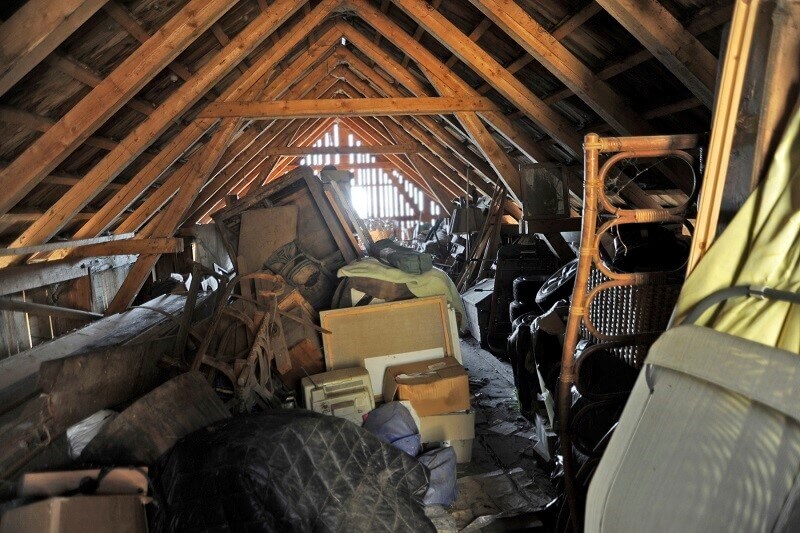 According to the website Becoming Minimalist, the average American home contains 300,000 items. That’s a lot of stuff that we don’t use on a daily basis. And that’s probably why a lot of that “stuff” ends being stored, either in storage units, basements, garages and attics.

Although all of those storage options are viable ones, there is one thing that sets attics apart from other types of storage: height. Yes, gravity is a factor. And that can make attic storage a little trickier to do safely. After all, gravity likes to make things fall, and that includes the boxes that can land on your head and you who can land on your behind if you fall off a ladder!

As part of our regular efforts to keep you and your family safe, we offer up some considerations for storing things overhead.

Consider what you’re storing
First off, you need to think through what you’re storing. Given that getting something out of an attic or overhead crawl space can be tricky with gravity going against you, you should probably only store things that you hardly—if ever—need. Seasonal items such as Christmas decorations are okay to store that way, for example, because you only pull them out once a year. Or if you’ve put things away for the future, such as baby clothes, attic storage makes sense.

On the other hand, if the kids have a particular toy that they want access to on a monthly basis, you might want to put it somewhere else.

Your goal is to use that storage space wisely so that you’ll hardly have to access it, decreasing the chance of accidents that way.

Also consider the increased heat that attics often have. I have had things melt when stored in an attic, so I learned that lesson the hard way! Most attics and crawl spaces aren’t insulated, so they do heat up in the summer. Candles, plastics and the like should most definitely not be stored in such places!

Then there’s the flammability of items. Most definitely do not store anything in your attic that could catch fire with increased heat!

Then consider how you store it
Your goal with attic storage is to need access to it as few times per year as possible, and to have the items you need most the easiest to get to. The Christmas decorations referenced above should not be tucked away behind and under other things you never need, for example. The more often you’ll want to pull something out of the attic, the easier it should be to get to.

Even if you’ve already stowed everything away, you might want to un-stow it all and redo that storage according to accessibility. That might sound like a hassle now, but it can be a short-term pain that keeps you safer later!

Also keep in mind what you use for storage. When I first had an attic and a place to actually put stuff, I had everything in cardboard boxes. I quickly learned that boxes will not hold up under the weight of other full boxes, first off, and I learned that rodents are not deterred by cardboard. (In fact, I suspect they liked the chewed up cardboard as nesting material!) Although you’ll be spending money to get plastic storage totes, they can keep you and your stuff safer because they won’t shift while stacked, and they won’t flimsily fall apart when you’re trying to pull them out.

And keep weight in mind! You might want to pack all of one kind of related item into one huge plastic tote so it’s all together, but if you have to wrestle a huge, heavy tote down a ladder, you’re putting yourself in danger.

Finally, plan how you’ll access it
Lastly, we have the logistics of actually getting to your stuff. If you have a bona fide attic with room to stand up and a floor to walk on, you’re in good shape! If you’re like me and you’ve only had pseudo storage to work with, be mindful of the surface you’re walking on and put down plywood or some other kind of flat, solid material if necessary.

More importantly, consider the gravity part of all this: How are you going to get things from up to down? Your access might include stairs or a pull-down ladder, or you might have to use a stepladder to reach what you want. Regardless, be smart and safe. Have someone below who can either hold your ladder steady or be there to hand items off to…or both.

Americans will always have a need for storage space, and we’ll always appreciate a good attic for just that reason. But let’s be smart—and safe—about using that handy empty space so it doesn’t because a hazard as well as a help!