A New Year, a New You—Wait, That’s not You! 4 Steps to Protect Yourself From Identity Theft 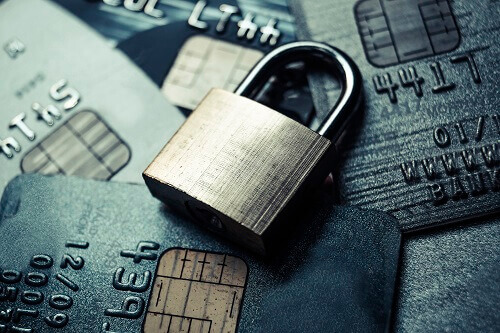 I heard a scary statistic recently: In the U.S. alone, about 15 million people are victims of identity theft every year. And as much as I would like to play ostrich in the sand and pretend it could never happen to me (or you!), the reality is, it very well could. In the past year at our household, we received notifications that our social security numbers had been comprised through a hack of our health insurance company and through a hack of a governmental agency tied to the military.

Talk about a helpless feeling! Reading those notification letters about the compromised data made me sick to my stomach each time, because there was nothing I could have done about either attack. My family’s personal data was not put at risk because of any oversight on my part, yet we are all potential victims just the same.

However, this has all added up to my decision to be more vigilant in protecting our identities in 2016, including paying attention so that we’ll know if someone’s identity is stolen. In case it’s useful to you, I offer up four of the steps we’re taking at our house for better identity protection…

Step 1: Carefully deal with the mail
My husband is adamant that we not toss mail with personal information on it into the recycling. I used to think he was being silly. I no longer think that. Now I go through every piece of mail to remove names, addresses and any other information like account numbers and all of that goes into the wood stove while the rest of the mail goes into the recycling bin.

Step 2: Minimize online shopping
My husband has also been adamant about not using debit cards to make online purchases, only credit cards. Since I don’t like using a credit card (because I can’t be relied on to pay off what I put on), I continued to use debit cards, but not any longer. However, I didn’t switch to using a credit card. I have simply tried to be more organized so I am less likely to decide to buy something online in a rush, even if that means going without. I have one trusted place I buy from online and I try to only buy from that place. An added bonus of this is that I am more likely to spend money in my local community as I shop the brick-and-mortars stores instead!

Step 3: Don’t carry personal information on you
I used to carry my social security card in my wallet. Hey, it’s the size of all of the other cards in my wallet, so I thought I was supposed to! Not only that, I used to carry my kids’ social security cards too. I no longer do, and it’s fine for me since I know my own number by heart. I don’t have the kids’ numbers memorized, however, but guess what? It turns out every single time I am asked for the social security number for one of my kids, on a school form or at the doctor’s office, I don’t actually need it. Every time I explain that I don’t carry the numbers on me and every time I am told it’s okay, they have the numbers on file. (Maybe it would help to reduce identity theft if businesses and organizations stopped asking for social security numbers when not needed?)

Step 4: Stay on top of our credit reports
I have heard or read this advice numerous times, and now in 2016 I am finally taking the advice to heart. I have set up a calendar reminder so I will check our credit reports twice a year at www.annualcreditreport.com. I will be checking not only my own credit report and my husband’s but that of my kids too, since they are just as likely to be victims of identity theft as the adults are.

As I said above, my family’s personal data has already been put at risk through no fault of our own, but I still want to minimize whatever risk is within my control—including staying on top of our credit reports in case one of us is victimized. I highly recommend you consider doing the same, since chances are some of us will be among the 15 million victims of 2016. And you can insert a sadface emoji here about that…