Hiking Is Much More Than a Walk in the Park: Be Prepared by Following Hiking Safety Tips! 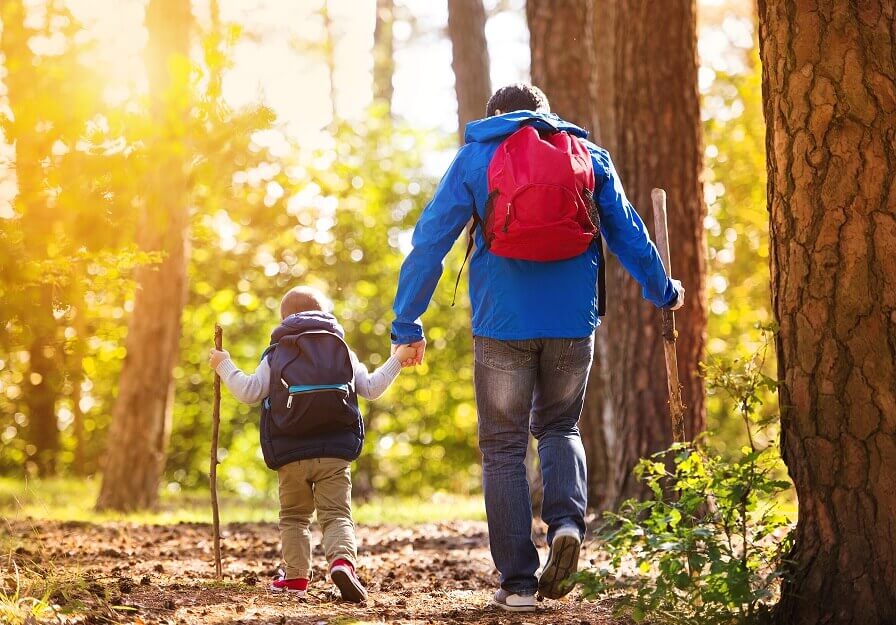 I grew up hiking and camping. In fact, I thought my family was poor when I was little because we didn’t ever stay in hotels like my friends’ families did when traveling. We camped, we hiked and we fished instead, cooking the fish and having that for dinner each night. I did learn later that it had nothing to do with finances and everything to do with my father’s preference for being outdoors and away from people.

Regardless of the reason behind all the time in the woods of the Pacific Northwest, a love for hiking in the mountains was instilled in me, along with a lot of practical commonsense knowledge about heading into the woods. But hiking alas has changed, and many people lack the basics I was taught. So let’s talk hiking safety for a minute…

More hikers with less knowledge
When I was a kid, our area was a lot less populated. You hardly ever hiked on a crowded trail, or else my father was just very good at knowing how to avoid the crowds. In the last two decades, however, as the population of the area has grown and the hills and trails have gotten closer as the cities have sprawled towards them, many people head for the hills without any clue what they are getting into.

If this is in the case in your area too, and you perhaps are new to hiking because you didn’t grow up with an introverted outdoors-loving parent, we encourage you to head out for your hikes well prepared, because being prepared for the worst is how you keep yourself safe and sound when hiking.

Why safety while hiking matters
As more people have started hitting the trails, the dangers seem more trivial. After all, you’re surrounded by people and it’s not like you’re heading into the wilderness, right? As a result of that mentality, you get people taking risks they really shouldn’t. Just because it’s more popular and more populated, that doesn’t mean trail hiking is a walk in the park.

And it doesn’t have to be wilderness to warrant safety. Just last month I read an article about a woman who starved to death less than two miles from a well-traveled trail. She had gone off the trail to relieve herself and then couldn’t find her way back. She ended up building a camp and surviving for a month hoping to be rescued but alas she wasn’t and her body wasn’t found until two years later.

I’m not trying to scare you with that story, but to get you to realize that hiking safely matters. The woman in the story was backpacking and not on a day hike, but it still illustrates how quickly things can go horribly wrong in the woods.

What not being prepared looks like
I will never forget seeing a young woman on a hike carrying an umbrella and wearing flip flops. I was headed back from the lake that was the final destination of the day, and we were still a couple of miles in with a couple of miles left to go. As my kids and I hiked back towards the trailhead, a young couple was walking up the trail. It was a sunny day, but the woman was carrying an umbrella and wearing flip flops. They maybe had water bottles in their hands, but no hats on their heads or backpacks with emergency supplies slung over their shoulders. They had nothing. And worst of all, it was the afternoon. We were heading back from the lake. They were heading towards it. They were too late, wearing the wrong shoes, and totally unprepared for anything to go wrong. It bothered me so much that 10 years later the image is still vivid in my mind. I doubt anything bad happened to that couple but here’s the thing: It easily could have. They were not prepared for any kind of adversity—at all.

Hiking safety tips
So where is all of this going, you’re wondering… Well, it’s going toward getting you to look at a list of hiking safety tips, I hope! Rather than repeat and rehash what others have said, we’ve found a very comprehensive (and doable!) list of hiking safety tips at LoveTheOutdoors.com. Take a look at the list and make sure when you head for the hills for a hike, you do so well prepared—and well aware that it’s not a trip to the park.