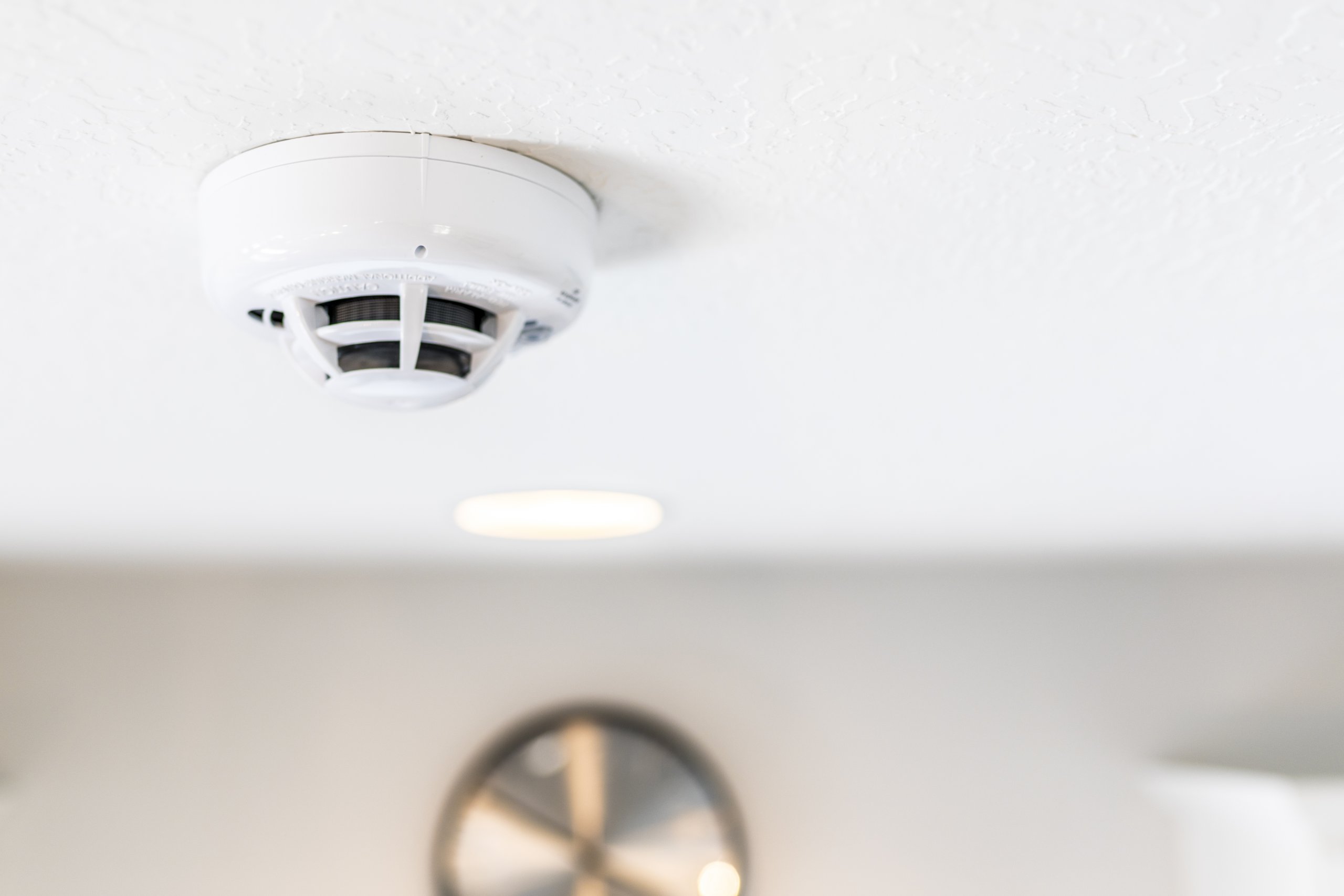 Smoke detectors are an essential safety device for every home. The risk of death in a residential fire reduces by half in households with properly functioning smoke alarms. In the event of a fire, they can detect smoke early enough to warn you and your family members of smoke before it’s too late. It is important to place smoke detectors in the right locations and keep them in good working order so that you will be alerted right away if there’s a fire.

Let’s look at how they actually work in case you are looking for a certain type of smoke detector.

Basically, smoke alarms are triggered when too many smoke particles enter the chamber and trigger a sensor that sets off the alarm. Smoke detectors work differently depending on what kind they are, so let’s look at the different types of smoke detectors.

What Are The Different Types of Smoke Detectors?

Photoelectric smoke detectors work optically with the use of a light source and a sensor. When smoke enters the chamber, it crosses the path of the light beam scattering the light toward the sensor which then triggers the alarm.

An ionization smoke detector works as a physical process that uses a radioactive material between two electrically charged plates. In this way, the airflow between these two plates is ionized. When smoke particles enter the chamber, the flow of ions gets disrupted which causes a reduction in the air current which then triggers the alarm. A combination smoke detector uses both of these technologies and is recommended for residential use.

Battery-powered smoke detectors are powered by a battery, usually a lithium battery, and they are usually not connected to each other.

What Do Smoke Detectors Actually Detect and Not Detect?

Help Protect Your Family Against Fires With SafeStreets

Smoke detectors save lives—it’s that simple! They detect smoke and warn homeowners of any potential danger before it’s too late. Never worry about a fire spreading in your home. SafeStreets advanced smoke detectors can detect even the smallest of fires, and as soon as it happens, ADT monitoring professionals will dispatch help. Get the best coverage of fire safety in your home. Get in touch with our Smart Security Pros and get a free quote today!