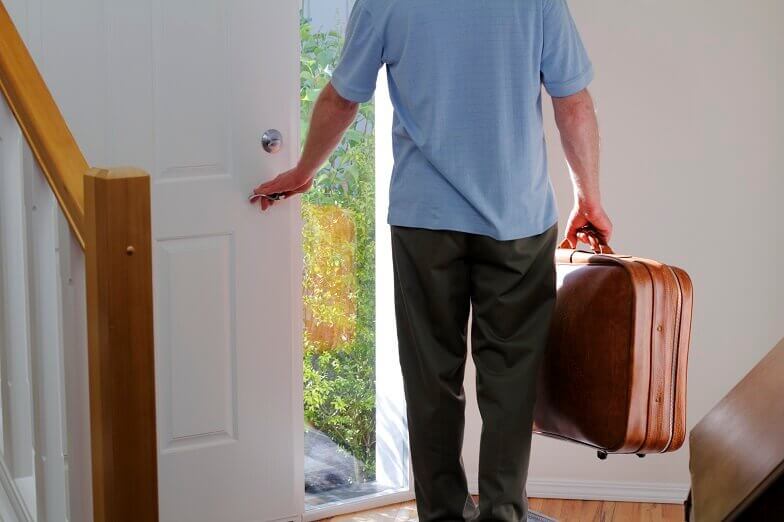 True story: Two days ago, my husband and I were on the road, making what should have been a 2 ½ hour trip to a town far north of us to pick up a pig. We were towing the big horse trailer and we were enjoying the view as we made our way up the scenic two-lane highway that would get us to our destination.

Then suddenly traffic was stopped.

At first, we weren’t sure what to make of it. It looked like ferry traffic that you sometimes see around here, when the number of cars waiting for a ferry exceeds the space for lining up to wait. But even though we were along the water, we knew we weren’t anywhere near a ferry.

We stopped the engine while watching the cars rapidly pile up behind us, quickly make a line-up several miles long. Then we got out and asked other drivers what was happening. We learned it was an accident and the road was blocked and there was nothing to do but wait for at least an hour.

Some people were getting out of line, to turn around and head back the way they had come. Maybe they knew another way, or maybe just changed their minds about going wherever it was they had been headed. We didn’t know any other routes, and turning around was not an option for us with the trailer hooked up to the truck, so we settled in to wait.

And here’s why being prepared is so important: We had food and we had water, because we knew we’d get hungry and thirsty on the long drive. My husband also had his studies with him, because he was studying while I drove. So we were prepared for what turned out to be a wait of over an hour—in part. It was a pleasant sunny day, but had the weather been otherwise, we would not have been prepared because my husband had only a t-shirt on and he hadn’t brought a jacket. (As we were rushing to leave, he asked, “Should I grab a sweatshirt?” and I replied “no” because we were running late.) If the wait had been longer and the temperature had started to drop, he would have needed another layer of clothing. We also didn’t really have as much water as we should have, it turned out.

While he studied, I walked. I walked for exercise and then I walked to the site of the accident to see how far away it was and how close it was to being cleared. Lucky for me, I had walking shoes on. But had we been on our way to a fancy dinner, would I have had walking shoes with me? Or appropriate clothes?

As I walked, I saw many people making the best of the situation—making friends, going jogging, blowing bubbles, walking their dogs, taking naps, reading books—and, yes, drinking beer. Almost everyone had a positive and patient attitude, and it made me feel good to see people reacting that way, just going with the flow and making the best of the situation. But again, it was a pleasant summer afternoon. How many of us would have been prepared to be stopped in the middle of nowhere for so long had the weather been inclement or the night quickly falling? What if the wait had been even longer?

Thank goodness no one was hurt in the accident. It messed up traffic so severely only because it involved a truck towing a boat on a trailer that drove off the side of the road down a steep embankment, which made it a logistical issue and blocked the roads as cranes and tow trucks hauled everything up and out. And thank goodness it was the kind of day it was, and we were set with food and water and something to do while we waited.