America’s Most Dangerous Cities: An Update for 2018 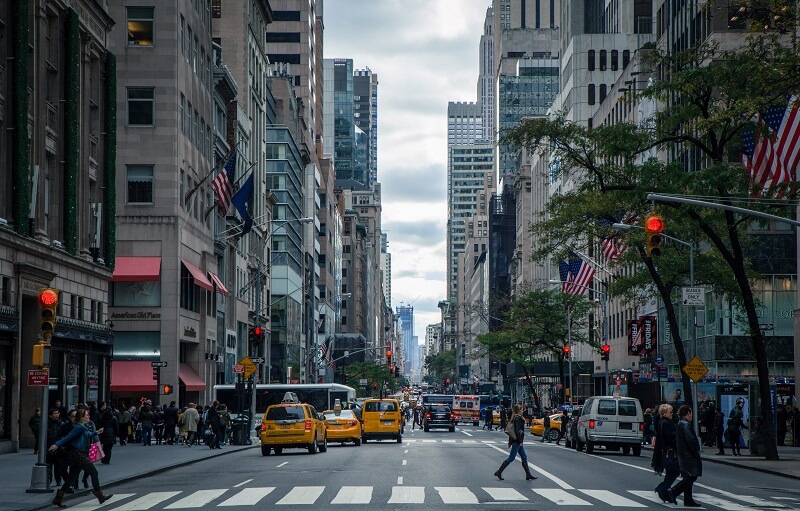 Although it seems like the news is full of horror these days, we’ve seen a marked decline in crime in the U.S. over the past 23 or so years. According to the FBI, the violent crime rate fell 48% between 1993 and 2016, and the property crime rate fell 48% in that time period. That is a marked difference, even considering that the rate of violent crime went up from 2014 to 2016.

But that doesn’t mean crime is no longer an issue!

Many years ago, as in four, we launched this blog with a post about America’s most dangerous cities. We decided the topic was worth another look because a lot can happen in four years.

If you’re looking to move another part of the country, or maybe your employer would like you to relocate, it’s useful to be able to check demographics and crime statistics when figuring out where you might want to plant yourself and your family. It will also help you to know how quickly you want to set up your home security system once you get moved!

As we reported back then, the answer to the question, “Which are America’s most dangerous cities?” depends on whom you ask, because the methodologies can differ. So we took a look at two different websites that list the most dangerous cities and we give you a rundown of each below:

NeighborhoodScout.com
We like this list because it is thorough, with 100 cities listed. The graphs make it easy to understand the data. The information is broken down between violent and property crime. You get a comparison of the city’s crime rate to that of the state and also the U.S. as a whole. And you get your chances of being a victim. For example, in Wheeling, W.V., which is ranked 100th on the list of 100 most dangerous cities in the U.S., you have a 1 in 102 chance of being a victim of violent crime, compared to 1 in 279 in the state of West Virginia. (Incidentally, East St. Louis in Illinois ranks as the most dangerous city in the U.S. on this chart, with a 1 in 36 chance of being a victim.) We also like that you can dig into a lot of other information, such as demographics, real estate trends, school information, and more.

What we don’t like: You have to pay to see some of the information, but you can still gather a lot of data for free at this website.

247WallSt.com
We like this list, even though it is significantly shorter at only 25, because it gives you context. For example, Nashville, Tenn., ranks 25th out of the 25, with a violent crime rate of 1,102 per 100,000, but its demographics don’t mesh with that crime rate, as 247WallSt.com explains: A low household income and a high unemployment rate usually correlate with a high violent crime rate, but in Nashville, both are above the national average. The website doesn’t explain the discrepancy, but it is worth noting. This list has Detroit ranked as the most dangerous city (NeighborhoodScout.com has Detroit listed as the 8th most dangerous).

What we don’t like: The ads are obnoxious, and you can’t see a list of the 25 cities. Instead you have to scroll down and click through page by page (probably so you will be exposed to more ads). It also lacks the detailed breakdown that NeighborScout.com offers, nor does it talk about property crime, only violent crime.

We can all be thankful that both violent and property crime rates have declined as much as they have since the 1990s, but any crime is too much crime. We as individuals might not be able to thwart all potential criminals from attacking anywhere, but we can make choices that keep our families and possessions safe when we have information like what these two websites provide! And it might be that home security system provides just the peace of mind you need, no matter which city you live in.