Real-Life Lessons: Convicted Burglars Tell How They Broke Into Homes 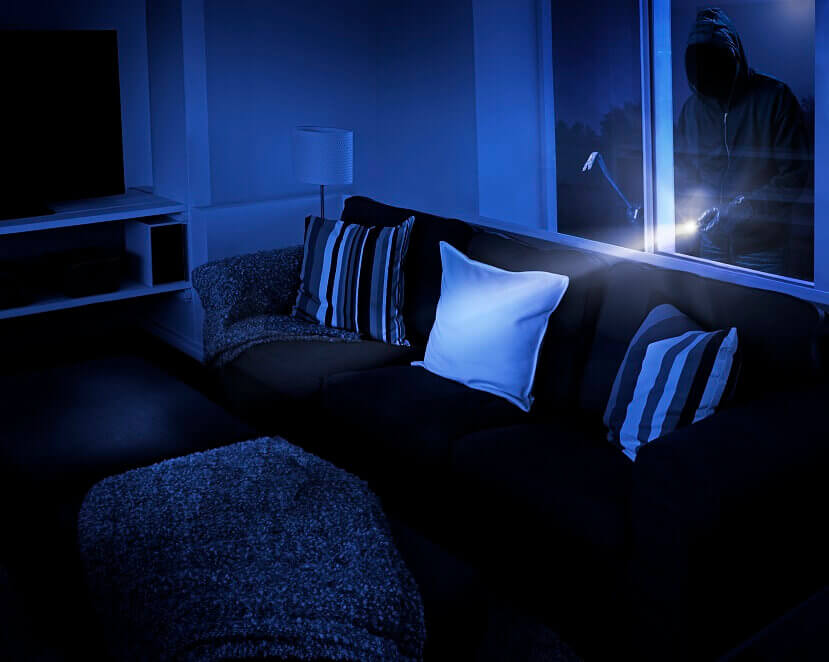 Although we’ve covered this topic in the past in a post about thinking like a burglar, we are covering it again because of this newly published gem: KGW News in Portland, Oregon, sent letters to 86 inmates serving time for burglary and asked them to answer 17 questions about how they committed their crimes—anonymously, of course. They published the answers here, and we highly recommend you read them and take them to heart.

Are you smarter than a burglar?
The answers might surprise you—they surprised me! Some of the things they pointed out were so obvious, and I’m embarrassed to admit I’m guilty of them. Others I would have thought were deterrents, yet the burglars saw them as helpful. It’s incredibly useful information and will help you see your home through the eyes of a burglar like never before.

In addition, KGW News has a video as part of their article, interviewing a former burglar, Jerome Gilgan, as the reporter drives around in a car with him, talking about what makes a home or neighborhood appealing and how he would choose houses to break into, as well as how he would go about it.

Leaving bathroom windows open or unlocked
Oh, boy, we do this! OK, I don’t because I’m always too cold to leave that window open, but my husband does. And yes, he forgets to close it—frequently, in fact. I will come home hours later to a very cold house because he opened then forgot to close the bathroom window. No more! But burglars know this is the case, and they will look for that window.

Leaving the backdoor unlocked
Apparently a lot of us leave backdoors unlocked thinking since it’s the back of the house, it’s okay, because no one would walk around to the back, right? Um, yes, I used to think this and do this, but not any more!

Busy neighborhoods
I’ve been puzzled by the statistics that say most burglaries happen during the day until I watched the video. In it, Gilgan points out that lots of activity like delivery vans means a burglar will go unnoticed. On the other hand, a quiet neighborhood that’s empty because everyone is at work is also inviting.

Bushes, bushes, bushes
Only watch the video and see the very houses the reporter and Gilgan are looking at and talking about as ideal for burglars, and you’ll realize it’s time to get out those clippers! What seems like privacy to you as the homeowner looks like heaven to someone who wants to break into your house unseen! Cut back your trees, shrubs and bushes until your house is exposed.

The biggest takeaways
There’s a lot of information that’s useful in the article and I’ve only summed up some of it above, but I think the biggest and easiest takeaways are:

The article also includes two letters written by inmates who wanted to supply even more information as a way to try and make up for their past wrongs. Again, it’s worth your time to read these and “think like a burglar” in order to prevent one.

Definitely watch the video, even if you don’t read through the answers or the letters. The reporter and Gilgan will give you a burglar’s view of actual houses and neighborhoods, pointing out what is appealing and what’s a deterrent, as the reporter asks Gilgan about techniques. It’s very educational and eye-opening, and might just help you take the steps necessary to make your home uninviting to anyone uninvited!