Safe at Home: 4 Reasons to Keep Fido out of the Kitchen While Cooking 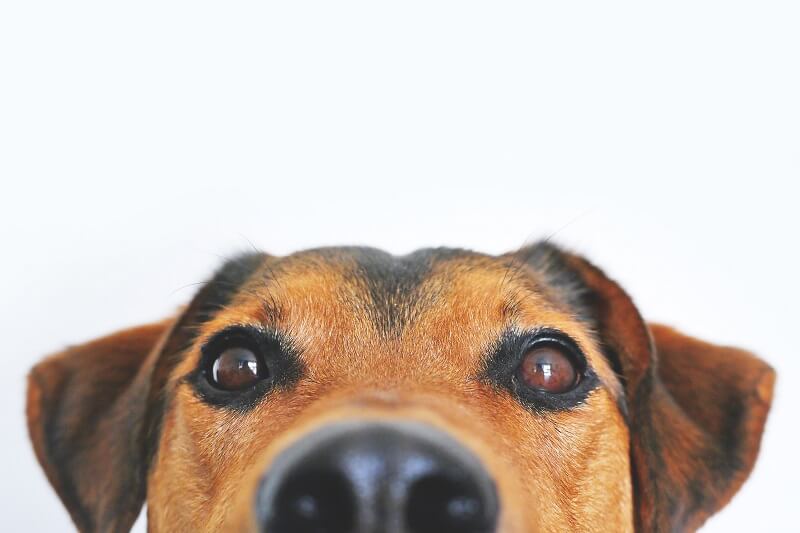 Our family recently got a new addition: an older, untrained rescue dog named Smokey. Even though he is a senior dog, he is still extremely active for his age. This means there are plenty of opportunities for our family members to get out and run with him! But it also means that he can get himself into trouble, especially in the kitchen.

Smokey has already made his way through two loaves of home-made bread, and two and a half marinating steaks. Now, food theft is one concern, but there are actually several safety reasons to keep your dog out of the kitchen while you’re cooking.

Below are four safety hazards that can be avoided when you keep your dog out of the way during meal prep:

One, Forbidden Food
Whether it’s tonight’s dinner sitting on the counter or an ingredient that dropped on the floor, you probably don’t want either to disappear into your dog’s mouth. Keeping Fido out of the kitchen helps protect any food you’re preparing as well as protects your furry friend from eating something that could be harmful to their doggy digestion. See this list of “human foods” you should avoid giving your pets.

Two, Hot Liquids
Between boiling water and hot oil, there are plenty of ways you can get burned while cooking. If it would hurt you, it would hurt your dog too—or both of you if the dog causes you to trip while carrying something hot. Then there’s the danger of a spill. Fido doesn’t have your kitchen awareness of what’s hot or not. To be safe, keeping your dog out of the kitchen and away from any potential spills would be your best bet.

Three, Sharp Objects
As careful as we try to be with sharp knives or scissors, accidents happen. Sure, you watch out for your own toes when you drop that carving knife, but in that split second you have to react, are you also paying attention to where your underfoot dog is? There’s also the potential of your furry friend trying to grab food off the counter, only to bring down a knife with half of a pot roast. And, again, the tripping hazard: Tripping over your pup while carrying a sharp knife sounds like a recipe for disaster to me!

Four, Tempting Trash
Even with a covered trash can, sometimes those smells from the garbage are just too tempting for your dog to resist. Although there’s a chance of Fido eating food that he shouldn’t if he gets into the trash, there are also other dangerous materials like aluminum foil and plastic that he could ingest. If everything smells like chicken, then in his mind wouldn’t it all taste like chicken? “Might as well eat it and see,” says doggy logic.

When you have a dog has part of your home and family, training is important to keep everyone safe: humans and hound. Yet the kitchen isn’t always a part of that training. To make sure your kitchen does become a safe haven during meal prep, find a solution that works for you and your family, such as making your pet stay on a mat or dog bed in an area of the home where they can still see you while you’re cooking. The goal isn’t to isolate them away from you, only to set boundaries for them. This way when they do get a treat during meal prep, it’s one that you choose to give them, and not an entire steak they steal from the counter.