You Need More Than a Home Security System

We could also call this post, “How to Bolster Your Home Security With Commonsense.” That’s because a home security system is a great thing to have but you can’t neglect taking other precautions too to ensure your home and family are safe.

Your home security system will do a lot to deter burglars, but you’ll be even safer if you take certain precautions. Plus, what about those days or nights when you forget to turn on the alarm? Or the power goes out? Or something else puts your home security system out of whack? Aren’t you going to want to know you’ve got other precautions in place?

Below you’ll find some tips for bolstering your home security system so you’re even safer, tips derived from real life examples.

Don’t assume the standard locks are good enough
A friend who lives in a primarily military neighborhood had the frightening experience of a burglary during the night, as she and her husband and son were all sleeping upstairs. The burglars entered the first floor of their house with ease by climbing in despite a locked window, taking her purse and other items, then proceeding to steal stuff from the cars parked outside. And this was a new house in a huge and very nice development.

How did the burglars get in? Easy: The home security system was not on, for some reason, and the window locks were easy to undo, it turned out. Despite having a new house in a nice development, plenty of outdoor lighting and neighbors very close by, this family and the others were at risk because the home builder used windows with flimsy locks making forced entry not really forced at all. (My friend has since replaced the locks on the windows with better ones.)

I tell this story to illustrate that you need to assess how good your current locks and latches are. Just because there is a lock doesn’t mean it will keep someone out!

Apply some “commonsense coverage”
Then there’s just the commonsense stuff, and making sure everyone is on the same page as far as home security goes. For example, if your kids like to sleep with their bedroom windows open at night, make sure their windows are not only shut, but locked in the morning before you leave the house for the day. Also, make sure to check doors and windows you don’t use as often, like side doors, garage doors, shop doors…in short, make sure all doors and windows are shut and locked before you leave the house! Maybe assign each child certain doors and windows to double check as part of their morning routine?

You also want to double check the lighting outside of your house, to make sure you’re not providing hiding places at night, and check for bushes, fences and trees that offer coverage for bad guys during the daylight hours too, since most burglaries happen between 10:00 a.m. and 3:00 p.m. Also follow practical steps to make your home look occupied while you’re away, like putting lights on timers, leaving a TV or radio on, and making sure packages aren’t left on the front porch. And don’t leave the spare key in an obvious place!

Of course, the best burglar deterrent is a well-advertised home security system, but you’ll get even better protection when you use commonsense to keep your home and family safe too! 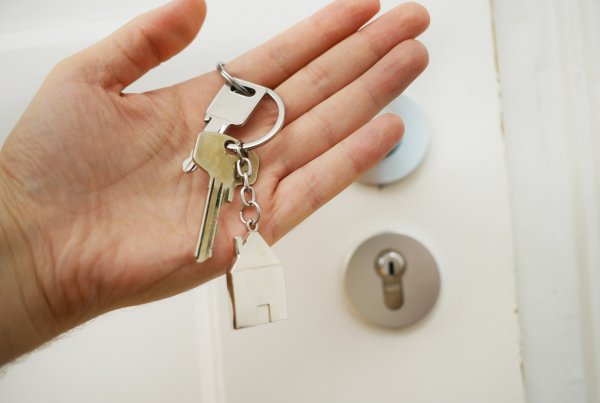 To Hide Or Not To Hide A Key To Your Home