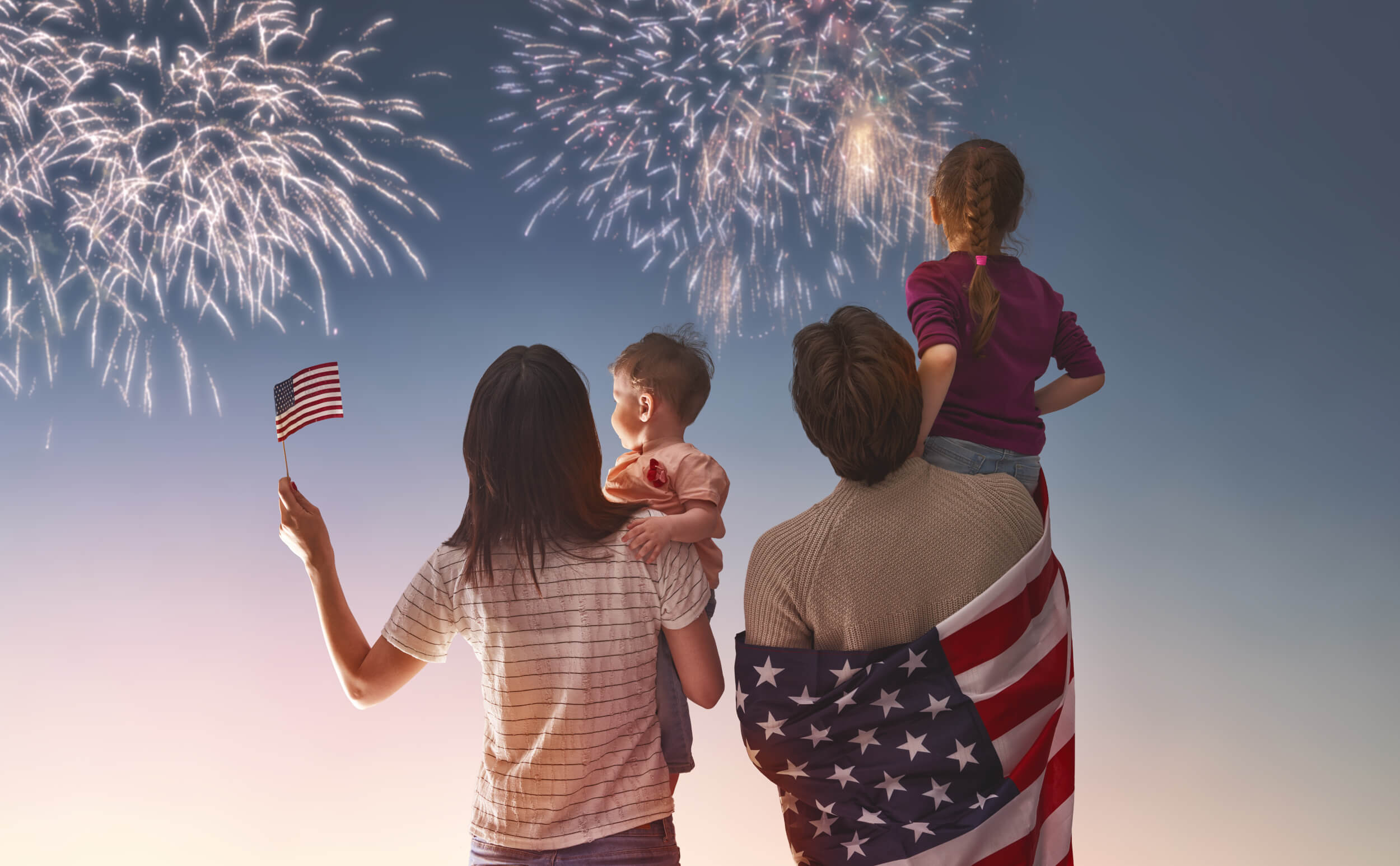 To keep you and your family whole on this upcoming boisterous holiday, please consider the advice below:

Skip the fireworks stand
The best way to stay safe on the 4thof July? Leave the shows to the pros. There are simply too many things that can go wrong when setting off fireworks, even the simple ones. (See below about sparklers.) And we’re not talking about minor injuries here. According to the National Safety Council, fireworks in 2017 resulted in:

If those numbers don’t dissuade you and you absolutely must have fireworks rather than go to a show, see these safety tips offered by KidsHealth.org.

Choose an alternative to sparklers
I’m a middle-aged person and I still love sparklers. But they are far more dangerous than most people realize because they can get as hot as 1,800 degrees! That seemingly harmless staple of Independence Day celebrations causes 25% of the fireworks injuries that result in emergency room visits. For children under 5 years old, sparklers were the reason for almost 50% of the injuries.

Sparklers might be hard to avoid, since they are ubiquitous on the 4th, included in the combos so common at the fireworks stands. Be ready with alternatives such as glow sticks or a small American flag to wave. And for the really young who can be stubborn and unreasonable (life with toddlers!), consider a stash of popsicles to offer as alternatives if nothing else will appease.

Watch out for your pets–PLEASE
The best thing you can do for your pets on the 4th? Leave them at home, inside the home. If you’re entertaining at home or risking your own fireworks, keep your pets locked in the house. If you’re heading out to watch fireworks elsewhere, same. Your dog or cat will feel safer if inside, and you’re less likely to have a runaway.

Even if you assume your pets will be fine, keep them inside. The fireworks are far more scary for pets than we humans realize, as evidenced by the record numbers of animals that are turned in to animal shelters on July 5theach year.

At our house, our oldest pet is a cat who showed up at an acquaintance’s on July 5th. She obviously had been panicked by the noise and hung out in his unwelcome yard for a month until I scooped her up and brought her home, all skin and bones by then. (That was 15 years ago, and she has been the queen of our household ever since as 6 pounds of feline terror who lords it over both the dogs and the humans. Maybe it was her tenacity that kept her alive for that month as a stray!)

Realize there’s no such thing as a “safe” firework
Thinking back to my own childhood of decades ago and my fondness for the black snakes of charcoal, I thought I might find a list of “safe” fireworks as I wrote this post. But alas, there doesn’t seem to be any such thing. I guess because you can’t have a firework without fire, even a match or a lighter, everything is risky. So follow the advice above and keep you, your kids, your pets and your property safe and sane this Independence Day—and maybe focus on the reason for the day instead.