Safety on the Run: Ways to Keep Yourself Safe While Keeping Yourself Fit 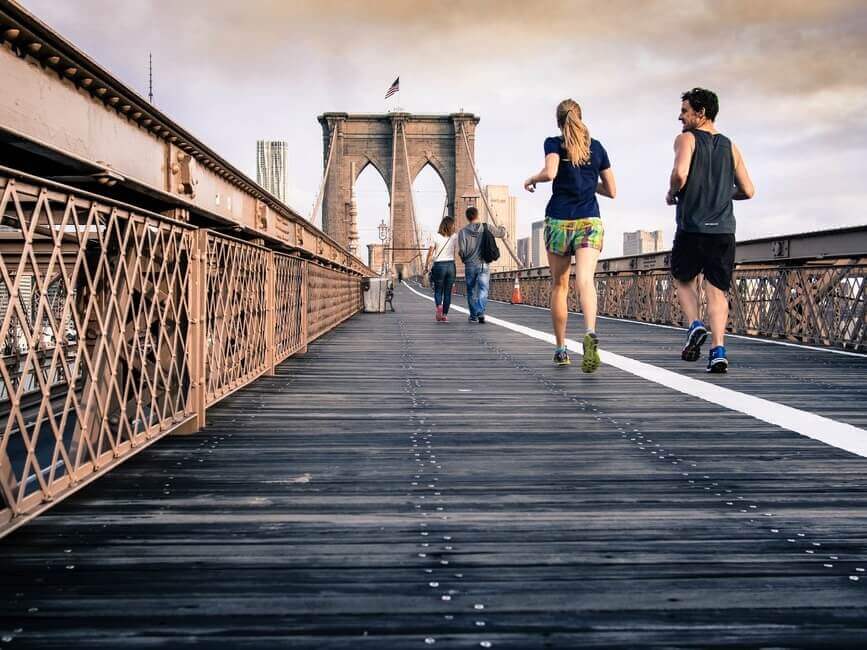 Running is a popular way to stay fit for a multitude of reasons. For one thing, you don’t need any special equipment or facilities. You can run anywhere at any time. And therein lies the danger: You’re also at risk to predators while out running.

I used to run a lot, before we moved to a farm. And looking back, I see that I put myself at risk most of the time because I didn’t put any of this advice into practice. I ran on trails. I ran by myself. I ran with music blaring in my ears…

Remember too that we’re talking about prevention here. As with any kind of personal safety and security, the key is to take steps ahead of time to prevent danger in the first place.

Safety in numbers
Don’t run alone. This can’t be stressed enough. This is the number one best kind of protection you can give yourself while out running. It’s not easy though! Finding a running partner who runs at your pace, is doing the same kind of training, and has a schedule that meshes with yours might sound impossible. But try! Also consider contacting your local running store about running groups you can join. For me, a running group was the only way I could run in the winter after work when it was dark. (Note: There’s another benefit to running buddies. You’re less likely to skip a run on a bad day if you know someone is counting on you to show up!)

What about four-legged running buddies? If you think running with a dog is protection, it can be but it depends on the dog. My dog weighs over 100 pounds yet at that first sign of trouble, he’s outta here. On the other hand, he is tuned in to danger and would notice trouble before I did, and his size might be a deterrent…but I wouldn’t bank on it. No dog? No worries. You don’t have to own a dog to run with a dog. Plenty of people have dogs that need exercising! Ask around.

Practice commonsense
We often make ourselves more vulnerable to danger in little ways, including getting distracted by music. If you do have to run alone, leave your earphones or buds at home. Don’t groan! I know music helps with the running. I used to make playlists for my runs, with slower music for warming up, faster when the warmup was done, really fast for speedwork, and then slow again for cool down. I had different playlists for different lengths of runs. Back when I was a serious runner, I don’t think I could have stuck with it without the music to train by. However, I was also jeopardizing my safety. Wearing earphones signals to a predator that you’re not paying attention, and it decreases the chances of you hearing his approach.

Be smart about when you run. Running in the early morning or late evening (or even at night) is risky when it’s dark. Sure, you can wear your reflective vest so cars will see you, but will you see your attacker waiting behind that tree? Something tells me he won’t be wearing a reflective vest. Try to run in broad daylight. If your work days mean running in the dark is your only option, see our first piece of advice about not running alone and be willing to make compromises. For me, for quite a while that meant getting up at 5:00 in the morning to run because that was when my running buddy wanted to go. Ugh!

Be smart about where you run. When I lived in the suburbs, I would drive to a nearby trail that offered a beautiful and pleasant 8.8 mile run, and I did that every Saturday morning—by myself. Stupid. Stupid. Stupid. I didn’t have a running buddy who wanted to do the same distance or pace so I just risked it. Don’t do that. Run where people will see you, where you have homes or businesses you can duck into for help, where someone will notice if you’re attacked.

After the run, be car smart
If you drive to your running place, use caution when approaching your parked car, especially if you’re parked at a trailhead with few people around. An attacker doesn’t have to get you while you’re out running. It’s just as easy to strike once you’re back to your car.

Good for you for running and keeping fit! Whatever you do, keep running. Just remember to keep yourself safe and fit at the same time. That’s all we ask.